Gull Super Mew XX has always been the top selling diving fins, as it propels the scuba diver underwater with ample velocity, yet being so easy to kick and control. This is due to the combining of both flexible and stiff rubber compound.

Gull has managed to achieve the same feel as the closed heel version of Super Mew diving fins. The pronounced ribs and blade tips are crafted to catch high water volumes when kicking, and this pair of diving fins moves you well underwater. Not forgetting the range of colours that it is available in! 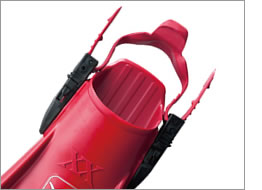 Super Mew XXʼs thicker soles ensure less power loss when transmitting the force of your kick to the tip of the blade, enhancing your kickʼs efficiency. 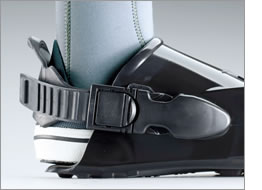 Boot pocket made to fit as comfortably as a full foot fin. Its long sole and high instep fit the entirety of the boot minimising lateral slippage. To be paired with Gull GS Boots for even better comfort. 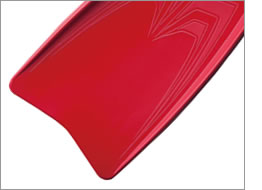 While inheriting the width if the Super Mew, these fins are shorter. You get the same easy manoeuvrability, and even the same feel, as Super Mew. Naturally, the Gull line is made for horizontal movement but, for times when you need to go straight up, these fins are designed to catch the water. 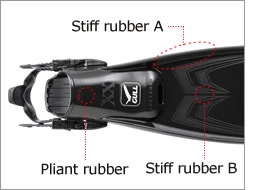 Gullʼs innovative production methods integrate varying stiffness levels of rubber in the construction of the foot pocket, ribs, and blades of the fin. Each carefully engineered to promote more powerful and smoother propulsion. 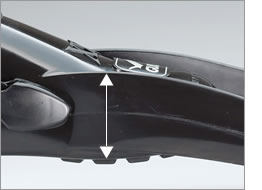 Raised ribs drastically reduce side planning and blade twisting that regularly occur with longer blade fins. Designed to maximise rubber rebound, the ribs are specially raised to allow strong, and stable down strokes.

The V-shaped tip of the blade allows for water to smoothly flow away from the fin as you kick. This lets the blade rebound more quickly ultimately giving you a more efficient kick without tiring out during your session. 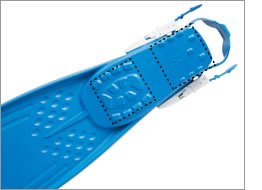 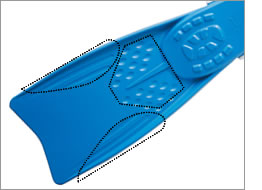 Dimples on the underside of the blade help to suppress turbulence. Long grooves channel water toward the rear rather than the sides. Thus, further enhancing the efficiency of your kick.

We aim to respond to emails within one working day